5 Most Common Reasons Why Dogs Stare At Their Owners

It would be pretty amazing if we could talk to our dogs and explain to them different things. It would be even better if they could talk back to us. However, until that happens, we need to teach our dogs differently and learn to pick up on their signs. Dogs use their whole bodies to communicate with us. When they’re interested in something, they will observe it and try to understand what’s happening. However, dogs often stare at us, and we can’t always understand why they do what they do.

Many dog owners ask themselves the question, “Why does my dog stare at me?” If you are one of those owners, you should know that you’re not alone. All dogs stare at their owners, and they do it for various reasons. If you often catch your dog staring at you, you probably wonder what it is they want or what it is they think about. Here are some of the most common reasons dogs stare at their owners.

RELATED: Why Does My Dog Keep Hiding Under the Bed?

One of the most common reasons dogs stare at their owners is because their owners are about to eat something. You probably noticed your dog wants a bite of whatever it is you’re eating. They don’t really care if something is safe for them or how the food we’re eating might taste to them; they just want a bite. The dog will stare intensely at its owner and hope the owner will share some of their food with them. 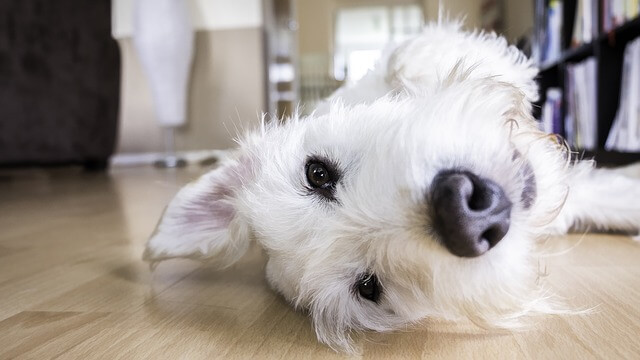 2. They’re trying to understand you

Dogs love observing their owners, and for a very straightforward reason - they’re trying to understand what the owner is doing. Dogs have evolved alongside humans, and nearly 15.000 years of development allowed them to read us pretty well. They will stare at us, especially our faces, to understand what’s going on or what it is we want them to do.

For example, dogs will quickly learn that picking up a bowl is a sign that mealtime is close, or picking a leash means going for a walk. They will keep a close eye on their owners and look for cues that something is about to happen. This is extremely common with dogs that were trained with positive training methods. They will always be on the lookout for an opportunity to earn a treat, a toy, or some owner interaction.

When dogs stare at their owner’s eyes, they might be trying to tell them they love them. If you see the dog has a relaxed expression and demeanor, isn’t tense, looks the owner straight in the eyes, and slowly blinks, the dog might be trying to show affection to the owner. This type of affectionate staring is even confirmed by science. If the dog and the owner mutually stare into their eyes, both brains will release oxytocin, which is the love hormone. The same hormone gets released when a mother looks into her baby’s eyes. Now that you know that, you might not be surprised your dog loves to stare at you. 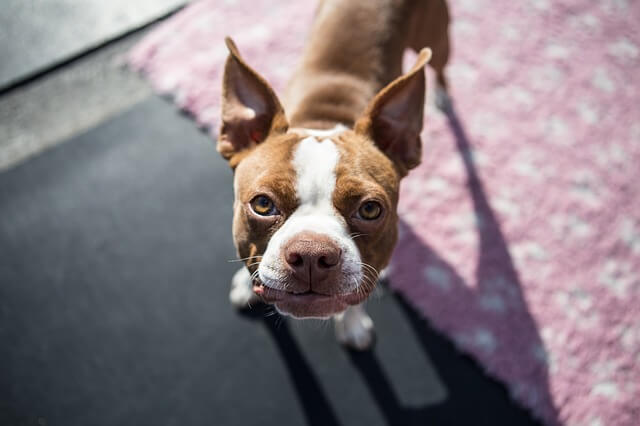 Not all staring is a sign of affection. Some types of dog staring can be threatening. If you’re not sure what kind of stare you're getting from your or any other dog, look for other signs. Dogs that are stiff, seem overly careful, and are ready to jump into action, might be communicating something opposite of affection. They might try to tell you - “Don’t come close, or I’ll bite!” This usually happens when dogs have behavioral issues, most often resource guarding. In the wild, staring is usually a sign of a challenge. You should never force a dog to sit and stare directly into their eyes.

RELATED: Why Does My Dog Bark at Nothing?

5. The dog wants something

Did your dog ever play in the other room and suddenly come to you and stare at you? It is possible the toy they were playing with got stuck somewhere they couldn’t reach. Dogs that want something from their owners will stare at them until the owner does what the dog wants. For example, if your dog has to go out, they might come close and stare at you pretty intensly. The same will happen if they’re hungry or they want a treat. Since they can’t actually tell us what it is they want, they’ll just stare at us until we guess. After a while, most dog owners will know exactly what their dogs want at what time of day. There are numerous reasons our dogs might stare at us. They usually do that because they want something from us or they’re trying to communicate their feelings. Those feelings can be positive or negative, so make sure you check the dog’s whole body language before you go into a staring contest with them. However, most pets stare at their owners with adoration, so we advise you to enjoy it and look your dog in the eyes. It will make your bond a lot stronger. What Is Dog Nesting & How To Help Your Dog?
Featured Articles Dog Breeding Dog Health