The 7 Rare Dog Breeds That Will Make You Stand Out

Most dog breeds we know today were created and bred with a specific purpose. Humans lived and worked alongside these rare dog breeds for more than 15.000 years, and dogs have played different roles we entrusted them with. Some helped our farmers keep their flocks safe, some dogs guarded us, some helped us hunt, and some kept us company.

The modern role of the "man's best friend" has completely changed, and most dogs are now pets. There are still some bred for working - breeds like the German Shepherd, Belgian Malinois, or Caucasian Shepherd Dog. The "problem" is that most jobs and tasks dogs had to do became obsolete.

Hunting is now a sport, not a necessity, and we do most of our hunting in supermarkets and online, which is not a job that requires a lot of canine help. Some breeds had great ambassadors, and others had characters that allowed them to perform different jobs, so adapting to the modern way of life didn't harm them too much.

Here are some of the rarest dog breeds in the world today.

Otterhounds are fairly large, fuzzy, and good-tempered dogs that were originally bred for hunting otters. Otter hunting became illegal, and otters were protected under the law, which made Otterhounds unemployed.

These shaggy dogs first came to life in Medieval times, and after the hunting ban, the breed nearly went extinct. Even now, they might be the rarest dog breed in the world, with less than 1.000 specimens alive. The UK is working to help revitalize the breed, and we certainly hope that this historic breed will remain with us for a long time. 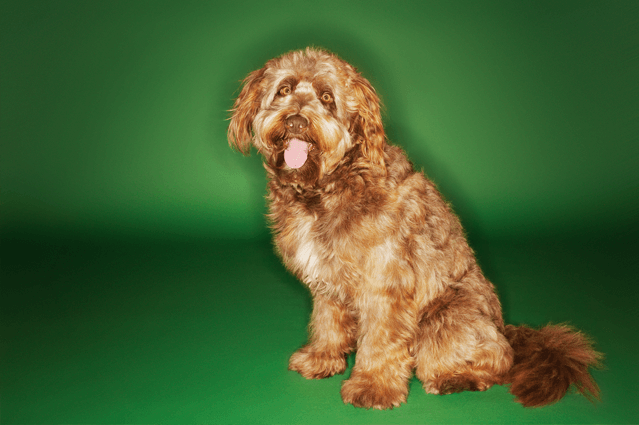 Mudi is a Hungarian dog breed specialized in helping shepherds look after their flocks. These lively little dogs are enthusiastic, energetic, and alert, making them ideal working dogs. They are a rare dog breed, and you are unlikely to see one outside their native country of Hungary.

Mudis are around 250 years old, and it is believed that they evolved naturally through the uncontrolled breeding of two other Hungarian herding dogs - the Pumi and Puli. World War II nearly got these dogs extinct, and Mudi enthusiasts made great efforts to keep them alive. Hungarian breeder Dr. Zoltan Balassy wrote the new, revitalized standard and applied this breed for international recognition. Most dog lovers heard about the Rhodesian Ridgeback, but the Thai Ridgeback didn't get their African counterpart's fame. Even today, the Thai Ridgeback remains a rare dog breed outside Thailand, and these dogs were virtually unknown to the rest of the world before the first specimen was brought to the US in 1994.

This rare dog breed is considered to be one of the "purest" in the world. The location of their homeland and their lifestyle allowed little to none outside interference, so these dogs have rarely been bred outside their breed. No one knows how old this breed is, but some canine historians believe they are over 1.000 years old. The Fila is a large mastiff-type dog with a sensitive nose and keen tracking abilities. It is a large dog breed mostly used for tracking, hunting, and protection in Brazil. These dogs are one of only two native Brazilian dog breeds, and both breeds are considered rare.

These dogs have somewhat of a bloody history because they were used by slave owners and traders. The owners would use the Fila to track and catch escaped slaves and convicts, and they were pretty successful at that job. The Fila Brasileiro is not a breed you are likely to run into while walking your dog in a dog park, and if you do have the privilege of seeing this rare dog, you can consider yourself lucky. The Stabyhoun is a rare Dutch dog breed originally used as a hunting companion and a vermin controller in Dutch stables and farms. These dogs are primarily a working breed, and transitioning to the current pet role didn't really suit them. They are still very active, and they have a strong hunting instinct, so they don't play too well with other pets.

These dogs are considered rather rare, and there are around 4.000 living breed specimens in the world. Most Stabyhouns can be found in the Netherlands, or more precisely, in the region of Friesland. The elegant Azawakh is considered the oldest living dog breed with a history that goes over 9.000 years. These dogs were owned by Egyptian pharaohs and were mostly used for hunting in the Subsaharan region.

The Azawakh is a sighthound, which means these dogs relied on their sight while hunting. They are slim and extremely fast; they are one of the fastest dog breeds out there. One of the reasons why they are so rare is that they are rather expensive. Their average price is $2.000 - $2.500. The impressive Tibetan Mastiff is a large dog breed whose job was to guard and protect livestock from fierce predators. It is one of the largest dog breeds in the world and one of the rarest. These powerful dogs have one of the loudest barks, so if you manage to become a Tibetan Mastiff owner, it would be wise to teach them to stop barking on command. The Tibetan Mastiff holds a very impressive world record - for the most expensive dog ever. A Chinese businessman bought a Tibetan Mastiff puppy in 2014 for a whopping $1,9 million. The dog was sold at an auction and had a special diet that consists of only the finest raw meat.