Mini French Bulldog - Things to Know Before You Get One

Small dogs are getting more and more popular, and French Bulldogs are one of them. There are some significant advantages that come with owning a miniature dog - they are cheaper and easier to maintain. One of the easiest breeds to maintain is the mini French Bulldog. However, before you decide to get one, there are things you should know about them.

What is exactly a mini French Bulldog?

Mini French Bulldog is not a unique breed. These dog are a part of the “regular” French Bulldog breed; only they have been selectively bred to become as small as possible. The French Bulldog breed has a well-known and detailed standard they should fit into. Only then can they be considered a good representation of the breed.

Miniature versions of a known breed do not fit the standard. They cannot participate in dog shows, nor are they allowed in reputable bloodlines. The main issue with these dogs is that they are usually riddled with diseases. That shouldn’t come as a huge surprise, especially when you learn how these dogs are bred and how miniature versions come to life. How were miniature French Bulldogs created?

Miniature Frenchies are still considered pureblooded. However, they were bred by parents that were the runt of the litter. For two dogs to produce a miniature version of the breed, they have to be very small. That is true for all miniature versions, and French Bulldogs are not the only breed this is happening to. Some breeds that have miniature versions are;

All of these dogs are created through the same breeding process. Breeders pick the smallest dogs from the litter and breed them with other small dogs from someone else’s litter. The result is tiny puppies that are usually prone to different health issues.

What are the main problems with miniature dogs?

There are more than 400 registered and recognized dog breeds, and some are big, and others are small. Small breeds can fall under the category of Toy dog breeds. Those are the smallest of the small, but they are still healthy and well-bred. When it comes to miniature dogs, the situation is somewhat different.

Miniature dogs are prone to diseases, and the main reason for that is that the smallest dogs in the litter are the sickly, weak ones. They might even be discarded by their mother because these dogs would have a tough time surviving. To create a miniature dog, these sickly little dogs are nursed to health, and they might need a lot of medical attention at the beginning of their lives. They are usually hand-fed since their mother, and stronger siblings won’t let them eat. Breeders will help these dogs survive, and if their goal is to create a miniature version of a breed, they will breed this dog to a similar one from another litter. As you can imagine, combining such bad genes is troubling and dangerous. In most cases, puppies produced from such breedings are weak, sickly, and really really small. In nature, that would be considered a defect, and puppies like that wouldn’t last long. As you can see, this is quite a long list of severe health concerns miniature French Bulldogs are associated with. All of these are rather serious, and possibly the most important thing you should know if you ever thought about getting a mini French Bulldog is - they live significantly shorter than average Frenchies.

Getting a miniature French Bulldog

Luckily, future dog owners are getting smarter and starting to understand the issues that come with getting a miniature French Bulldog. These dogs might be adorable and well-behaved, but more often than not, they leave their owners prematurely because of a disease that could be prevented with good breeding practices. The average price of a miniature French Bulldog puppy is around $2.000.

Getting a standard French Bulldog is a lot better option. They are healthier, and they live longer. Frenchies are a lot of fun, and their characters are the main reason they are becoming more and more popular worldwide. If you are a true dog lover, you would never get a miniature French Bulldog.

If you want to read more about Frenchies, check out the complete French Bulldog breed profile. 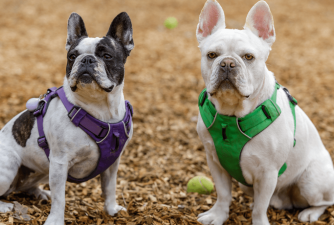 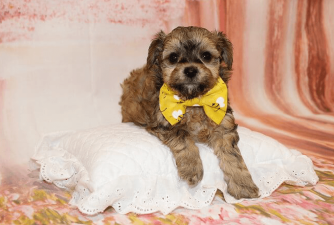 French Bulldog From A Different Perspective