Does Your Dog Know When You’re Lying?

Most dog owners give their dogs human characteristics. We believe our dogs understand us, and nearly all dog owners talk to their dogs. There is absolutely nothing wrong with that. Dogs can easily recognize our emotions. They know when we are angry, sad, frightened, or happy. According to a few recent studies, your dog might know when you’re lying to them.

It is true dogs can read, but not your traditional definition of reading. Dogs can read your emotions, understand your suggestions, and even “read” into eye contact. Try placing a treat in front of your dog, and don’t allow them to eat it. They might listen to you when you’re carefully looking at them or the treat. However, if you diverge your gaze, chances are the treat will disappear immediately.

How can dogs know if we’re lying?

As you can imagine, it could be pretty challenging to determine if a dog knows you lied to them. It would be a lot easier if dogs could simply say, “I knew you lied!” However, until dogs learn to talk, scientists decided to focus on an experiment involving dogs and containers with hidden goodies. Here’s how the experiment took place. The experiment was very straightforward. 260 dogs were trained to follow a human’s suggestion. Two containers were placed in front of them, one had a treat, and the other was empty. In the training phase of the experiment, the human pointed at a bowl that contained the treat. By accepting the human’s suggestion, the dog received the treat. That part was pretty easy, and dogs were really happy about their involvement in the study.

The first part of the experiment didn’t really do anything but teach the dog to trust the human to point to the correct container. This was when things became interesting. Researchers then introduced two new humans to the experiment. One human switched dog treats from one container to the next. Dogs saw that take place, and the second human was there to witness it as well. 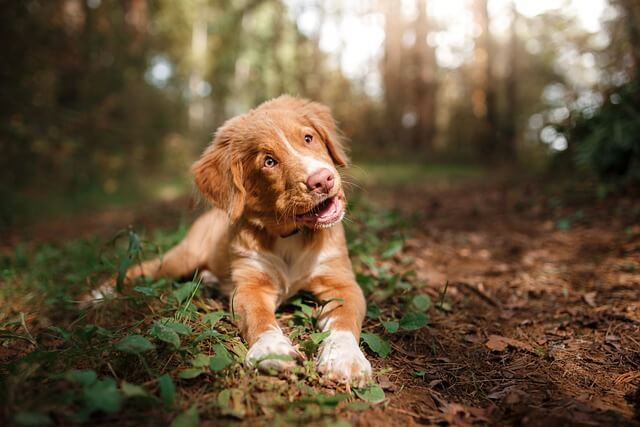 The second part of this phase included only the human changing the location of the treats and the dog. The person suggesting to the dog which container to pick was not present in the room during the changeup. Dogs were aware of where the treats were, and researchers wanted to see if they would follow the misleading suggestion of an unknown human.

Dogs that were involved in the second part of the changeup mostly ignored the human’s suggestion. They were somehow aware the person wasn’t in the room when the switch was made. Dogs knew the person couldn’t know where the treats were, so they decided to ignore their misleading suggestions and went straight for the container that contained treats.

The most interesting part is that over 50% of dogs decided not to follow the human’s advice if that human was there while the treats changed containers. That would suggest dogs know when we’re lying to them. Another interesting thing happened. Dogs that trusted the misleading suggestion in the second try ignored the suggestion in the third try. Not only do dogs understand when we’re lying to them, but it looks like they go by that wise expression, “Fool me once, shame on you. Fool me twice; shame on me.”

This exciting experiment tested the dog’s understanding of human concepts of lying and false beliefs. The experiment proved dogs understand lying and intentions. That might be something most dog owners already knew, but it is nice to have scientific evidence to back up our claims. Next time you’re misleading your dog, make sure you know you’re slowly losing their trust. The key thing we all should remember here is - We shouldn’t lie to our dogs! Why Do Dogs Have Whiskers
Featured Articles Dog Trivia