The Pomeranian is a miniature dog breed from the German Spitz family. It is closely related to the other 4 German Spitz dog breeds and they are the Miniature Spitz, the Medium (Standard) Spitz, the Giant Spitz, and the Wolfspitz or Keeshond.

This dog is recently growing in popularity and it would be interesting to know a rich and colorful Pomeranian history.

The origin of the Pomeranian name

This tiny dog breed has originated in the former region called Pomerania. It was a historical region located in the far north on the border of the countries we know today as Poland and Germany. It was located near the Baltic sea and the name derived from the old Slavic expression “po more” which translates to “near the sea”. Today, there is a town located there by the name of Gdansk and it is one of the biggest European ports.

The Pomeranian dog breed got named after that region since they were the most popular choice for both working dogs and companion dogs. The modern Pomeranian is very different than the dogs of old that the people of Pomerania were used to. To understand how the modern breed came to life, we need to dig a bit more through Pomeranian history. 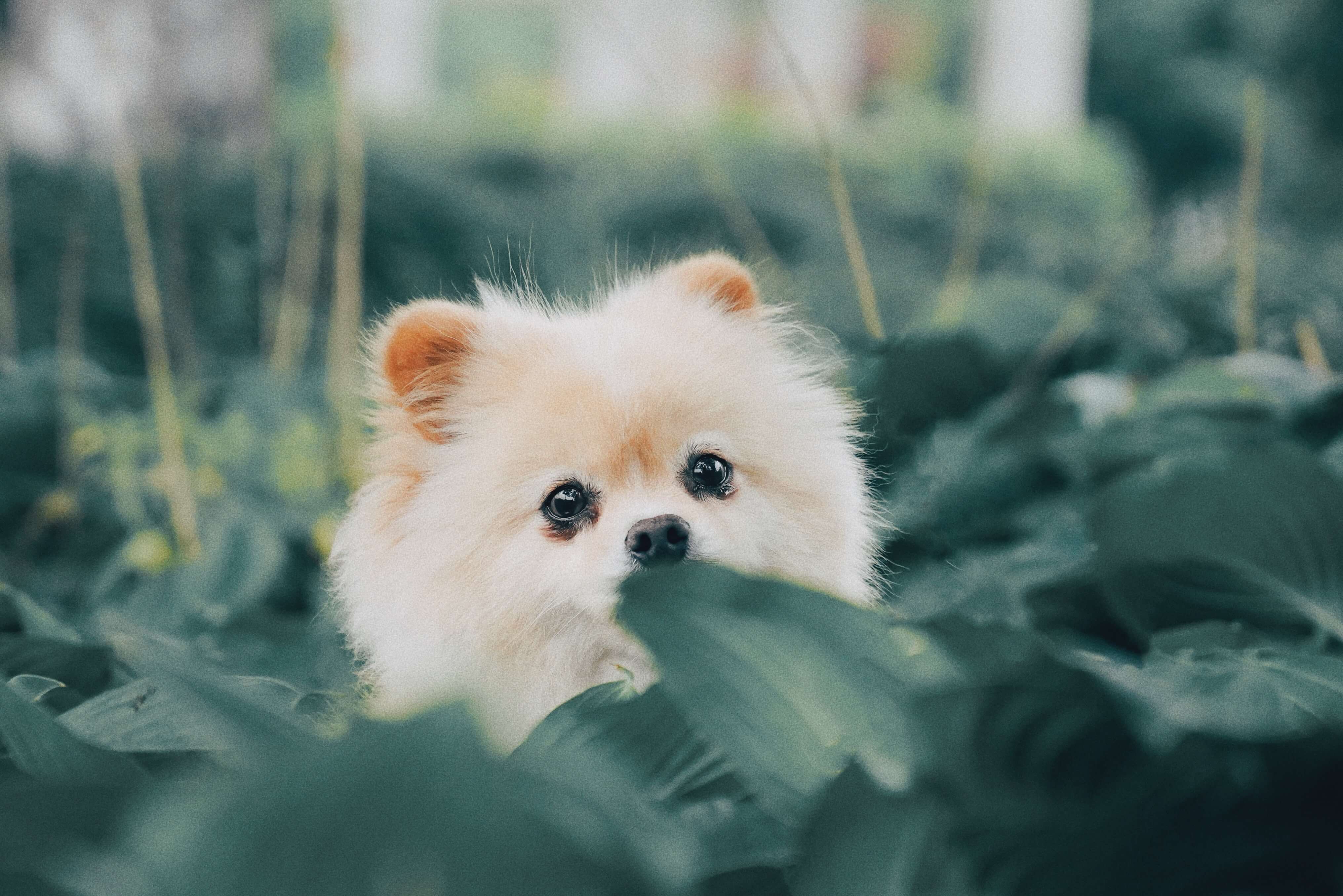 It might be a little unbelievable but Pomeranians are descendants of the working Arctic dogs. They were a lot bigger in the early days and since they have a thick double coat, they were well equipped to work in the harsh Arctic conditions.

They were mostly employed as sled and load-carrying dogs. They have a genetic heritage linking them to working dogs from Iceland and Lapland as well as Alaskan Malamute and Samoyed. That can be seen in the way their tail is curled over their back.

Another main job these bigger dogs were given was herding sheep. This can also be noticed and recognized in the character of the modern breed.

At that time, the name “Pomeranian” was not yet given to them, but they were known only as German Spitz. They were living and working across Europe and there is evidence of pomeranian-type dogs in all sorts of different countries such as Italy, Belgium, France, Germany, the Netherlands, Norway, Sweden, etc.

Their name was finally given to them after the region Pomerania sometime in the 18th century though that region is not exactly their place of origin, rather a place where they were bred to their modern, small size we know today.

It is not entirely clear what the exact date of naming is but one of the earliest records we have is from the 2 November 1764 in the James Boswells book - Boswell on the Grand Tour: Germany and Switzerland. In that book, there is a recorded reference of these dogs and Boswell wrote: "The Frenchman had a Pomeranian dog named Pomer whom he was mighty fond of."

The popularization of the breed

Although this breed was already living across Europe, it became largely popular after being imported into England. The English monarchy was especially interested in having these dogs and Queen Charlotte brought her two pet dogs with her after marrying King George III of England.

Her dogs were imported from Pomerania and she started referring to them as the Pomeranians. These dogs were named Pheobe and Mercury and are depicted alongside Queen Charlotte in many paintings of which the most famous one is from the painter called Sir Thomas Gainsborough. Dogs painted in those pictures are a bit larger but still have all the traits the modern breed has - curled tail, small size, and pointy ears.

The biggest rise in popularity happened when Queen Victoria (Queen Charlottes granddaughter) came to power and she was quite fond of these dogs. She established a huge kennel and had many dogs. Her favorite dog was an orange sable Pom that was most likely named “Windsors Marco”. Her dogs were shown in many conformation shows and the breed started to quickly gain popularity.

It is also interesting to know that Queen Victoria was interested in the selective breeding of her dogs. The breeding records say that the size of the Pomeranian was dropped by as much as 50% in her lifetime. She also imported a lot of dogs from all over Europe to add to her kennel and introduce different colors and traits to her dogs.

Some other European royalties that owned this breed include not only the British, but also the likes of  Joséphine de Beauharnais, the wife of Napoleon I of France, and King George IV of England.

It is also very interesting to mention that only 3 dogs survived the tragedy of RMS Titanic. Two of these surviving dogs were of the Pomeranian breed and were owned by Miss Margaret Hays and Elizabeth Barrett Rothschild of the famous Rothschild family.

The first breeding club for this breed was organized in England in 1891 and shortly after that, they have agreed upon and written the first breed Standard.

The first introduction of this dog to the USA happened in 1898 and shortly after in 1900 it was recognized.

In 1998 the FCI published a Standard and this breed is included with other German Spitz dog breeds alongside Keeshond, the Giant Spitz, the Miniature, and the Standard Spitz.

This dog breed is constantly in the top 30 most popular dog breeds in the World with their number being fairly constant.

If you are thinking of buying a Pomeranian, be sure to read about its history and origin so you can fully understand the character and traits of your new dog. Also, make sure you buy your dog from a reputable and respectable breeder to make sure that the puppy you will get will be in the best possible condition and you won’t have any future dog problems.