Among all designer breeds, the Goldendoodle holds a special place. They, alongside the Labradoodle, are the most popular designer breed in existence. These lovely dogs make incredible companions and pets, but that is not everything they do. Goldendoodles make awesome service dogs and emotional support dogs.

The number of families that decided on these dogs is rapidly rising, and it is obvious why that is happening. These dogs are considered hypoallergenic, and they make great pets even for those who suffer from dog hair allergies. They are very friendly and rather smart. The most important thing is that they are adorable.

To avoid getting buyer’s remorse, make sure you learn as much as you can about Goldendoodles, and you can find here everything you need to know about these dogs. So let’s start.

What are Goldendoodles exactly?

Goldendoodles are what we in cynology call a “designer breed.” That is a term that describes dogs that are crossbred between two fully recognized and registered breeds and are sold as a “new” breed that should inherit the best traits from both sides. That is somewhat misleading because genes cannot be predicted, and there is no way you could be absolutely sure which traits the new Goldendoodle puppy will inherit.

Goldendoodles are a mix between the Golden Retriever and the Poodle. Their looks, temperament, lifestyle, and everything about them is a mix of traits those two breeds have. Like with any other designer breed, those characteristics can vary. Still, most breeding rules apply when it comes to breeding designer dogs. Parents should be health-checked, their pedigrees should be studied, and only the healthiest dogs should be bred. 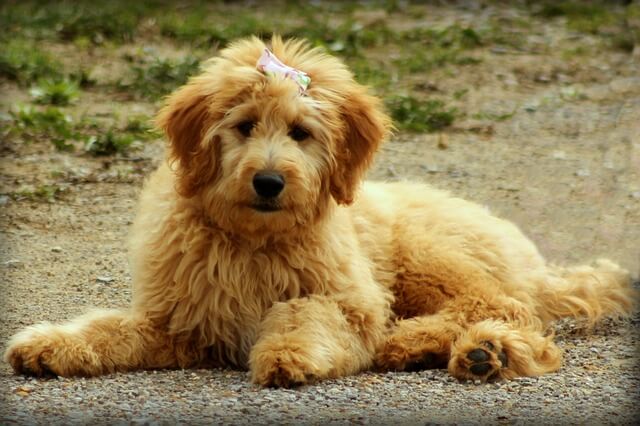 How did they come to life?

Golden Retrievers and Poodles likely mated “in the wild” before, but planned breeding of this crossbreed started in the 1990s after the Labradoodle and Cockapoo paved the way for crossbreeds. The idea was to develop a breed that will keep the low-shedding and low-allergen production and get the friendly, outgoing, and lovable personality a Golden Retriever has.

Goldendoodles’ popularity skyrocketed, and they captured the hearts of many Australian and American families. They are considered one of the younger crossbreeds with a history that goes back a little under 30 years. That also means that scientists and cynologists didn’t have enough time to adequately study them, so there is no such thing as an official breed standard or international recognition.

It also means that most Goldendoodle dogs are the result of first-generation mixing, and it is still rare that breeders mix two Goldendoodles. Lack of that type of breeding means we cannot be sure what health issues can affect these dogs since there is a possibility that inherited diseases skip a couple of generations. Until that happens, these dogs will remain lovely little enigmas. The first thing you should know about the Goldendoodle appearance is that their color might surprise you. When we hear the word “Goldendoodle,” we picture a dog with a wavy coat that comes in various shades of golden, but that is not necessarily the case. Goldendoodle puppies can inherit their color from the Poodle side of the family, and that includes apricot, shades of tan, brown, and even black.

The part about their wavy coat can be right, though. Most of the puppies inherit a mix of coats from their parent, and it ends up being medium-long and wavy. Their coat gives a fuzzy appearance, which, if we can add, looks fantastic on them. Most Goldendoodles inherit the low-shedding characteristics from their Poodle parent, so these dogs might be great for people with mild allergies. It is undoubtedly easier to vacuum after them since the mess is down to a minimum.

The Golden Retriever is a medium-to-large dog that can be 20 - 24 inches tall and weigh 55 - 75 pounds. Poodles come in three size varieties, which are Toy, Miniature, and Standard, with Standard being the largest. Depending on their Poodle parents, Goldendoodle puppies can grow up to be different sizes. That is entirely expected because there is a huge difference between the Toy and the Standard Poodle.

Goldendoodles come in three different sizes, and those sizes are; The temperament of any crossbreed can only be guessed, and it is impossible to be sure how exactly the new Goldendoodle puppy will act when it is full-grown. Luckily, temperament can be influenced, and not everything is decided solely by genes. Training and socialization can significantly impact the development of the dog. The more time you invest in raising and training, the better your new Goldendoodle will be.

However, based on the dogs that were produced, and after interviewing countless owners, breeders made a list of traits that can be associated with these dogs, and they are;

These dogs are also known to get along great with other dogs, but that part is usually decided based on their socialization. Make sure your new Goldendoodle puppy gets introduced to different dogs and humans as soon as it is safe for them to interact with everyone (after vaccination).

The process of buying any dog should be somewhat similar. It is essential to find a reputable breeder that takes proper care of their breeding dogs. This designer breed’s popularity made them an easy target, so shady and irresponsible breeders started selling these dogs. Their only goal is to earn fast and easy money, and they rarely take good care of their dogs.

When looking for a Goldendoodle puppy for sale, make sure you take enough time to ensure you are talking to a reputable breeder and not a shady one. Be a knowledgeable buyer, and don’t fall for cheap tricks and scams. Ask the Goldendoodle owner community for recommendations and advice. There is no official Goldendoodle breeding club so finding a good breeder might be a more challenging task, but in the end, a task well worth doing.

Like with many designer breeds that are currently in high demand, their price can get astronomically high. Keep in mind that too low or too high of a price should immediately be suspicious, and it might be wise to walk away from such offers. The price of a Goldendoodle puppy for sale can be found from $1.500 to $2.500.

The price can vary based on the parents’ pedigrees and the quality of breeding, but make sure you check out the puppies before putting down any money. Online communities can be filled with scammers, so be careful, and we hope you will find a great buddy to take home.

Think about adoption! There are different rescues dedicated to saving Poodle mixes, and Goldendoodles are a part of that. You never know, you might end up finding one of these dogs there and give them a new forever home.