Why Is My Dog Licking Other Dog's Pee? Is it Dangerous?

Dogs are notorious for exhibiting a wide range of strange and unusual behaviors, including smelling one another's behinds and suddenly getting zoomies. One of those unusual behaviors is licking other dogs' pee. A dog's nose is a treasure trove of information when it comes to sniffing other dogs' feces. Despite how unsettling it is to us, dogs appear to find it fascinating. Fortunately, unless the other dog is sick, this behavior is often harmless.

Why does my dog lick pee?

In order to learn about the world around them, dogs rely on their noses. Thanks to their highly developed olfactory system, dogs have a superior sense of smell compared to humans. They can detect pheromones via the vomeronasal organ or Jacobson's organ, a structure in their nasal passages. They are capable of picking up multiple levels of scent and will lick surfaces, objects, and even other canines to improve their olfactory experience.

RELATED: Why Do Dogs Roll in Grass?

Each dog's urine has its own unique blend of chemicals and pheromones. You can learn about the dog's sex, health, and diet by smelling their urine. Dogs mark their territory and communicate with one another by urinating on items. That might be the main reason your dog is attracted to other dogs' pee. 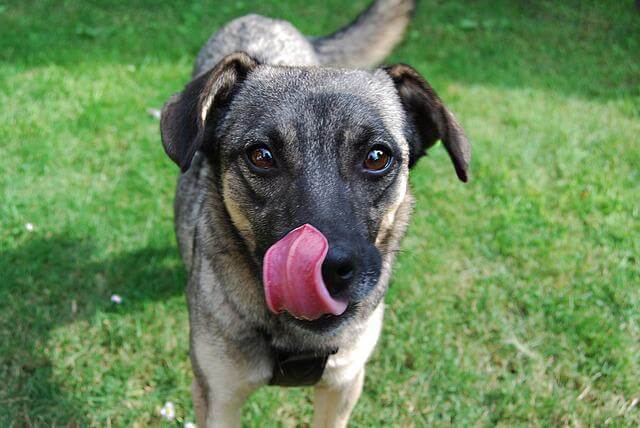 You may notice your dog licking the pee and smelling it to thoroughly absorb the "aromas" from the other dog. The urine of another dog has been known to attract the attention of dogs, who will rub their faces and bodies on anything that has an appealing aroma.

Seeing your dog licking another dog's pee may be upsetting to some owners. Rest assured that your dog is in perfect health. In most cases, this automatic reaction is entirely innocuous. Dogs can, however, become infected by licking the urine of other animals.

RELATED: Why Do Dogs Chase Their Tails? 5 Possible Reasons

Humans and dogs can both contract leptospirosis, which is caused by a bacterium. The urine of rats, for example, is a common way for it to spread. Leptospirosis can spread through the urine of a dog infected with the disease. This can infect humans and other animals. The symptoms of leptospirosis are similar to the flu, and it can cause liver or kidney failure in dogs or people who contract it.

Although leptospirosis can be transmitted from dog to dog, it is more common to catch the disease from contaminated water. As a result, if your dog is licking the urine of unknown dogs, it may be a cause for concern. If you suspect your dog has been exposed to leptospirosis or is showing indications of sickness, contact your veterinarian.

RELATED: Why Do Dogs Bury Bones? Should You Get Worried?

Parasitic worms and gastrointestinal viruses, such as the parvovirus, cannot be transmitted through the urine. However, if the diseased dog is shedding the parasite or virus from the rear end, a dog could get sick from licking the infected dog's genital area. 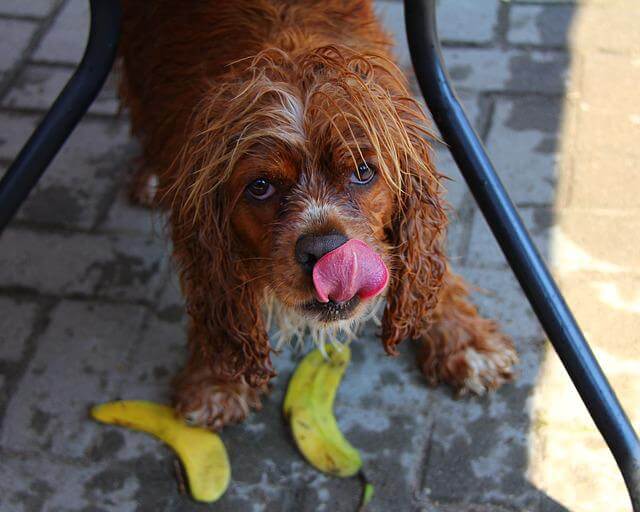 Dogs can get Capillaria plica, a rare bladder parasite, through another dog's urine, but that is not how it usually spreads. The infected dog excretes parasite eggs, which hatch into larva and penetrate the soil. Your dog can only acquire the parasite by eating an infected earthworm.

RELATED: Why Do Dogs Wag Their Tails

How to prevent pee licking?

You may want to stop your dog from licking other dogs' urine at some point. Even though this is a common occurrence, many pet owners find it repulsive. However, most dog owners want to prevent this behavior because they don't want their dogs to contract an infectious disease.

You may prevent your dog from licking other dogs' pee by teaching them basic commands. Train your dog to obey commands like "drop it" and "leave it" so that you can stop them from eating or licking anything bad. As a substitute for punishment, utilize positive reinforcement when training your dog. Use a toy or game to divert your dog's attention. Reward them for taking their mind off the unwanted thing by giving them a reward.

During a walk or while playing in a dog park, your dog is most likely to lick the pee of another dog. During these times, keep a close eye on your dog. Simply direct your dog away from other dogs that are peeing if your dog is on a leash. If you take your dog to a dog park or let them play outside with other dogs, you'll need to observe them. Dogs who are ill or injured should not be allowed to play.

RELATED: Why do Dogs Roll in Dead Animals

If you can't get your dog to quit licking other dogs' pee, you may want to take a break from the dog park. Train in a safe and predictable setting, such as your own backyard. The "leave it" cue can be worked on by inviting healthy, familiar canines from doggie "playdates."