If you are a dog owner, you know the way your dog looks at you when you are slicing a nice juicy piece of ham. You might find yourself thinking, “Can dogs eat ham?” or at least, “Can dogs eat ham bones?” Dogs need meat in their diet, so giving them a bit of our ham should be fine, right? That might be true, but there are some things you should know when giving your dog human foods.

Is ham safe for dogs to eat?

The shortest possible answer to the question “Is ham safe for dogs to eat?” would be - yes, but only occasionally. While a tiny bit of ham every now and then might not hurt your dog, you should know that you are giving them a treat that doesn’t offer much nutritional value. In fact, in large quantities, ham can be dangerous.

Is ham bad for dogs?

Again, if you rarely give it to your dog, ham is probably not dangerous. However, overfeeding your dog on ham can cause different health issues. Ham has a high fat and sodium content, and dogs do not benefit from eating things that are high in these two things. Human foods that contain a lot of fat can lead to weight issues, and obesity is one of the growing pet problems in the US. You can read more about this problem here - Obesity in dogs. Another health issue connected to foods rich in fats is pancreatitis. Pancreatitis should be considered a medical emergency. If you notice pancreatitis symptoms, you should call your vet immediately and ask for help. You can read more about it here - Pancreatitis in dogs.

We all know dogs love chewing on bones, especially if there are tiny pieces of rich, fat meat on them. In fact, if you give your dog a bone, you will surely notice them wagging their whole body from happiness and excitement. However, there are a few things you should know about giving bones to your dogs. When it comes to ham bones, there are two types you might think about giving your dog - cooked or raw. Both types are not the best option.

If you thought about giving your dog raw ham bones, you might want to reconsider. It might seem like a good idea, but raw ham bones have some hidden dangers dog owners don’t generally think about. The most significant risk of giving your dog raw ham bones is salmonella and other potentially harmful bacteria that can be found in uncooked ham bones. If that happens, your dog will vomit or get diarrhea. Salmonellosis can lead to gastroenteritis, spontaneous abortions, and septicemia. Plus, it is a zoonotic disease which means it can get transmitted to humans. While cooked ham bones might seem safer, they are not the best option as well. Cooked ham bones become soft and could easily splinter. Splinted parts of ham bones can get jammed in the dog’s throat or intestines, which will cause intestinal perforation. That is a serious emergency and a life-threatening problem that will require veterinary intervention.

Dogs will not chew on bones only because they taste good. Your dog will ingest bits and pieces of ham bone, which might cause intestinal blockage and severe constipation. That is another medical emergency that will require therapy or even surgery to fix. There are far safer chewing options for your dog. We cannot justify giving your dog ham bones when you think about all the potential risks ham bones bring with them.

Another delicious thing dogs seem to be very interested in is chicken. You can read more about the dangers of chicken bones here - Can dogs eat chicken bones? If you are adamant about giving your dog ham, make sure it is only a tiny amount and not very often. Ham is delicious, so it is no wonder your dog will love it. Just keep in mind that high fat and sodium food is not healthy for them and should be avoided as much as possible.

Ham bones are not a good idea as well. They present different risks that can potentially severely harm your dog. It would be best to avoid giving them to your dog. Instead, you can pick safe dog chewables that are safe and delicious to dogs. Getting your dog bully sticks might be a lot safer. 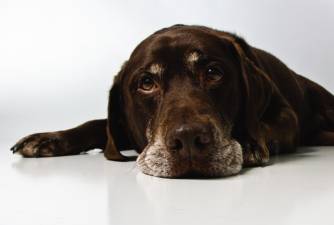