Dogs love sharing our food. As a general rule, feeding table scraps or human food with dogs is not the best idea. We use spices and ingredients that might be toxic to dogs. Spices are especially dangerous; things like garlic and onions are toxic to dogs. We should avoid giving our dogs foods that contain these things. Cinnamon is a popular spice that is added to different foods, especially cinnamon scones. If you love cinnamon scones and you have a dog, you probably wondered at some point, “Can dogs eat cinnamon?”

Spices should generally be avoided, and they can cause a lot of health issues to dogs. However, cinnamon is not toxic to dogs. If your dog ever got a bite of your scone or got into your spice cabinet and ate some cinnamon, you shouldn’t worry about your dog’s life being at risk. Mind you that doesn’t mean you should give it to your dog freely. Here is what you should know about dogs and cinnamon.

Is cinnamon good for dogs?

There have been some studies that suggest cinnamon can do some good for dogs. Cinnamon comes in different forms and types, and not all types of cinnamon are safe for dogs to eat. There are cinnamon powders, essential oils, and sticks. 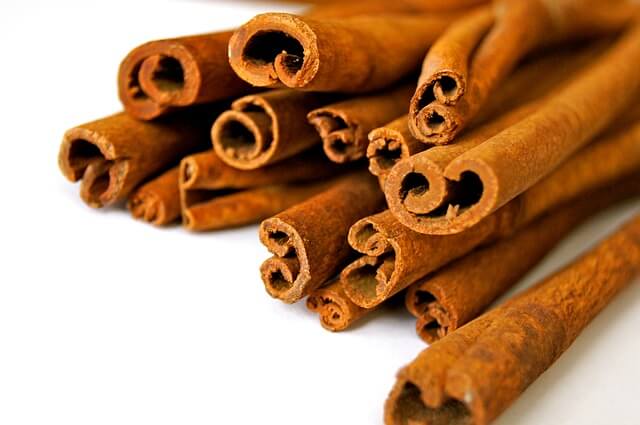 Cinnamon was used in eastern medicine for many years, and it apparently has different positive impacts on the human body. Cinnamon will allegedly help with cognitive functions, vitality, blood circulation, nausea, diarrhea, and all sorts of other things.

However, things that are beneficial for humans are not necessarily beneficial for dogs. Cinnamon is supposed to help dogs improve their cognitive skills, prevent diabetes, prevent yeast infections, and you can keep your dog’s food fresh for longer with cinnamon. All of these benefits sound great in theory!

We are firm believers in things that are taught in veterinary schools. Unfortunately, none of the vet schools we know teach about cinnamon being great for dogs. In fact, if dogs are overfed with cinnamon, there are some health issues they will most likely experience. It can do more harm than good, so it is better to avoid feeding your dog cinnamon.

Is cinnamon bad for dogs?

There is a rule most experienced and responsible dog owners have, and it says - don’t feed your dog spiced foods. Cinnamon might not be toxic to dogs, but if your dog eats too much cinnamon, they will experience gastrointestinal upset. Cinnamon is not a part of their natural diet, and dogs in the wild never ate cinnamon. There is no reason they should start now. Mind you, you can share a bite of your cinnamon scone every now and again, but that should only be in small amounts and very rarely.

If your dog gets their paws on a lot of cinnamon, make sure you call your vet. Your dog will probably be fine as soon as they go through some uncomfortable side effects. However, your vet might have some concerns and suggestions that can help your dog recover. Some of the side effects of dogs eating too much cinnamon are;

The exact side effects of eating too much cinnamon will depend on what type your dog ate. The powder can cause mouth and breathing problems, and all other types will cause GI upset. Pastries that contain cinnamon often contain nutmeg, which is toxic to dogs. Nutmeg can cause all sorts of health issues if ingested in large quantities. If you are adamant about sharing cinnamon pastries with your dog, make absolutely sure it doesn’t contain any nutmeg.

If your dog happens to eat a lot of nutmegs, call your vet or Pet Poison Helpline (855) 764 - 7661. Nutmegs contain a toxin called myristicin. Myristicin can cause high blood pressure, hallucinations, abdominal pain, dry mouth, and in worst cases, seizures. The good news is that it would take a lot of nutmegs to cause these effects, so small amounts won’t harm your large dog. However, small dog breeds like the French Bulldog might be more susceptible to it.

Nutmegs are not the only thing cinnamon pastries can contain. There are many varieties and ingredients that are known to be very toxic to dogs and are included in cinnamon-based pastries. Some of these toxic ingredients are;

The dangers of chocolate for dogs are widely known. Dog owners are mostly informed about it and realize they should never give their dog any chocolate. If ingested in large quantities, make sure you contact your vet immediately. Let your vet know your dog ate chocolate and give them time to prepare for your arrival.

If you want to read more about the dangers of chocolate for dogs, check out this article - What to do if my dog ate chocolate? 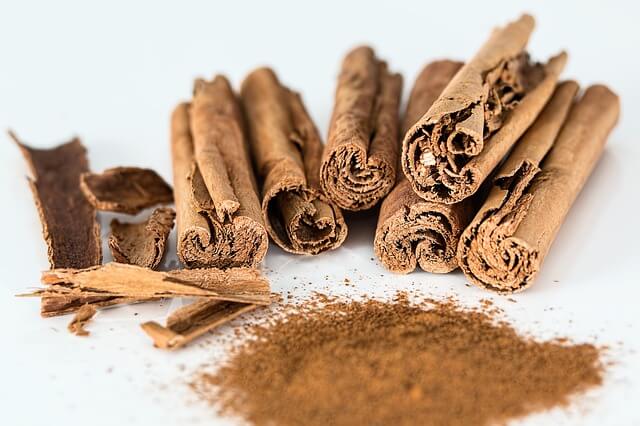 Some cinnamon pastries can contain xylitol. Xylitol is an artificial sweetener that is very toxic to dogs. Human toothpaste contains xylitol, so you should never use human toothpaste to brush your dog’s teeth.

Raisins are a popular addition to different pastries and human foods. However, they should never be given to dogs. Dogs cannot process them, and raisins can cause severe kidney failure in dogs. That condition can be fatal, and you shouldn’t gamble with your dog’s health.

If you want to know more about the dangers of raisins, check out this article - Raisins and dogs.