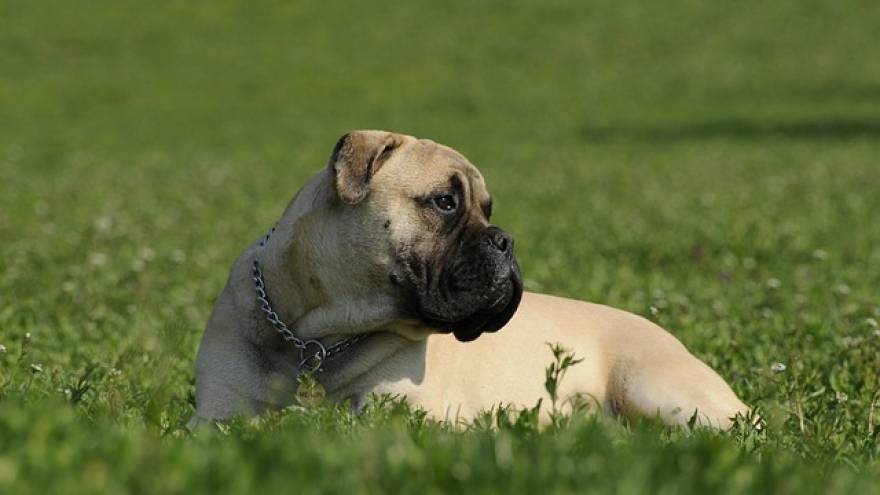 The Bullmastiff is a large-sized breed of domestic dog, with a solid build and a short muzzle. The Bullmastiff shares the characteristics of molosser dogs, and was originally developed by 19th-century gamekeepers to guard estates. The breed's bloodlines are drawn from the English Mastiff and the extinct Old English Bulldog. It was first recognised by The Kennel Club in 1924.
AUF DIESER SEITE